Eva Longoria Bastón, Melanie Griffith, Will Poulter, Luke Hemsworth, Jeffrey Wright, Anastacia and Andie MacDowell joined forces in Dubai last Monday night for the glamourous charity fundraiser ‘The Global Gift Gala’, founded by the Spanish Maria Bravo, and which was hosted by the Dubai International Film Festival (DIFF) and UAE-based philanthropic organisation, Dubai Cares at the Four Seasons Hotel during the 13th edition of the Festival. 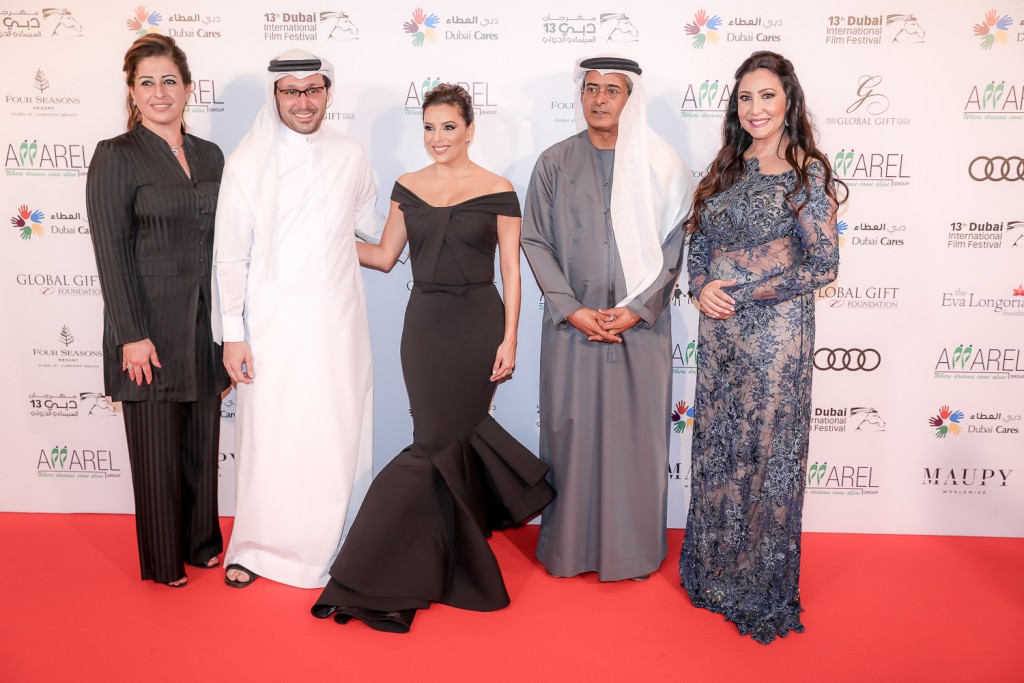 The money raised during the auction reaffirmed the overwhelming success of this charity event for the third successive year and its gratitude for the support of Title Sponsor, Apparel Group amongst others. All proceeds from the silent and live auctions, which featured exclusive once in-a-lifetime items and experiences, went to supporting programs in four different continents making it a truly global gala in partnership with Dubai Cares, Harmony House (India), the Eva Longoria Foundation (USA & Mexico) and the Global Gift Foundation’s Casa Global Gift. www.globalgiftfoundation.org

Three awards were given throughout the night. The Global Gift Humanitarian Award was awarded to Oscar-nominated and Golden Globe winning Hollywood actress Melanie Griffith. Owner and Vice President of Apparel Group, Sima Ved was presented with The Global Gift Philantropreneur Award. Edwina Viel was awarded the ‘Global Gift We Believe in People Award’ for her selfless contribution to the production of The Global Gift Gala. 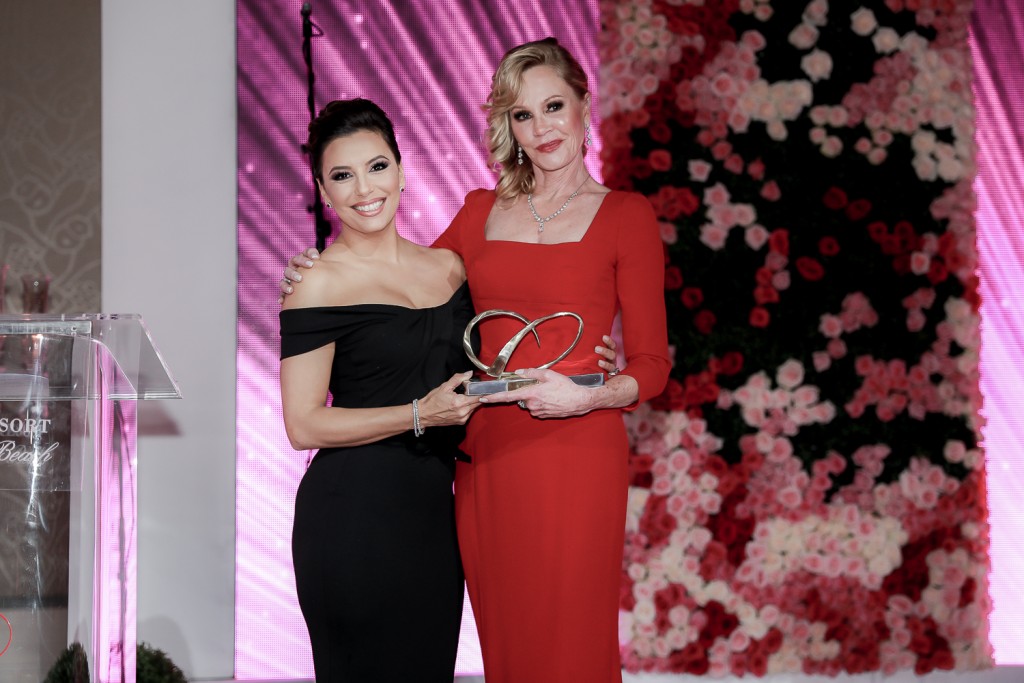 Hosted by Tom Urqhart, guests were entertained with an exclusive line-up of performances from stars including: acclaimed American singer-songwriter and producer, Anastacia; flamenco, salsa and pop musicians Reyes Heritage, sons of The Gipsy Kings; French singer Melissa Nkonda; Sabrina Romero and the Dubai College Choir. In addition, world renowned Spanish magician Jorge Blass put on an original and fabulous show for everyone and renowned DJs Ashely James and Charlotte de Carle headlined the After Party.

Eva Longoria Bastón commented on the evening, “Dubai has a really special place in my heart and I love coming back year after year to this event with the Dubai International Film Festival and Dubai Cares. Last night was great, empowerment of women took centre stage and we think everyone had a great time. Most importantly we raised lots of funds for the foundations which is why we are here!”

Founder of the Global Gift platform, Maria Bravo, thanked all who participated in the event, all the celebrities for lending their time and voice to help those most in need and the companies Apparel Group, the Four Seasons, Audi and Grosvenor House who made the event possible. In her speech on the night, Maria highlighted “the importance of giving back. 100% of the funds raised tonight go to the beneficiary projects that will help to change the lives of women and children in four continents”.

Speaking about the significance of the charity gala, his excellency Tariq Al Gurg, Chief Executive Officer at Dubai Cares, said, “We are privileged to have collaborated with the Dubai International Film Festival, Harmony House, Eva Longoria Foundation and the Global Gift Foundation. Our partnership reflects our commitment to tackling poverty in the developing world and our efforts towards enhancing our fundraising capabilities, gathering vital funds to further expand our reach across the developing world.”

Abdulhamid Juma, Chairman of DIFF, commented: “It is an honour to continue our partnership with Dubai Cares, the Eva Longoria Foundation and the Global Gift Foundation to use that attention to drive positive change and harness the power of film for good. The generous contributions of those who donated tonight will make a real difference in the lives of young people and families in crisis around the world.”

Dubai Cares works towards providing children in developing countries with access to quality education through the design and funding of programs that are integrated, impactful, sustainable and scalable. Over the past 9 years, Dubai Cares has successfully launched education programs reaching over 16 million beneficiaries in 45 developing countries.

The Global Gift Gala is a platform part of the Global Gift Foundation, a non-profit organization focusing on creating a positive impact on the lives of children, women and families.

The Foundation has donated millions of dollars to projects including ‘Fight for Life’ Radiotherapy Treatments for children at Hospital UCLH, UNICEF in France to help with vaccinations of polio in
Chad, Mensajeros de la Paz feed families program, funding for anti-bullying programs for the Diana the Princess of Wales Charity, The Diana Award, amongst others. Last year, the Global Gift Gala funds raised were used to change the lives of hundreds of women, children and families over a broad range of projects helping causes such as cancer treatment for children, the development of a multifunctional centre for children with rare and chronic diseases, lifechanging operations for disabled children in European Countries, microloans for women in need of help and many more.

The Global Gift Gala is also supporting The Eva Longoria Foundation which aims to improve education and provide entrepreneurial opportunities for young Latino women and to support children with special needs. Since 2013, over 2.8 million euro has been donated thanks to The Global Gift Galas in London, Paris, Cannes, Marbella, Estepona, Madrid, Ibiza and Dubai, with more events coming up and new cities added to the list including Edinburgh and Shenzhen for spring of 2017.

In addition, the event will support Harmony House an Indian registered, non-profit organisation in Gurgaon, just outside of Delhi, India. They have transformed two villas into full-time community centres for women and children, where they are offered offer education, food, medication, hygiene facilities and social services to women and children living in the nearby slums.