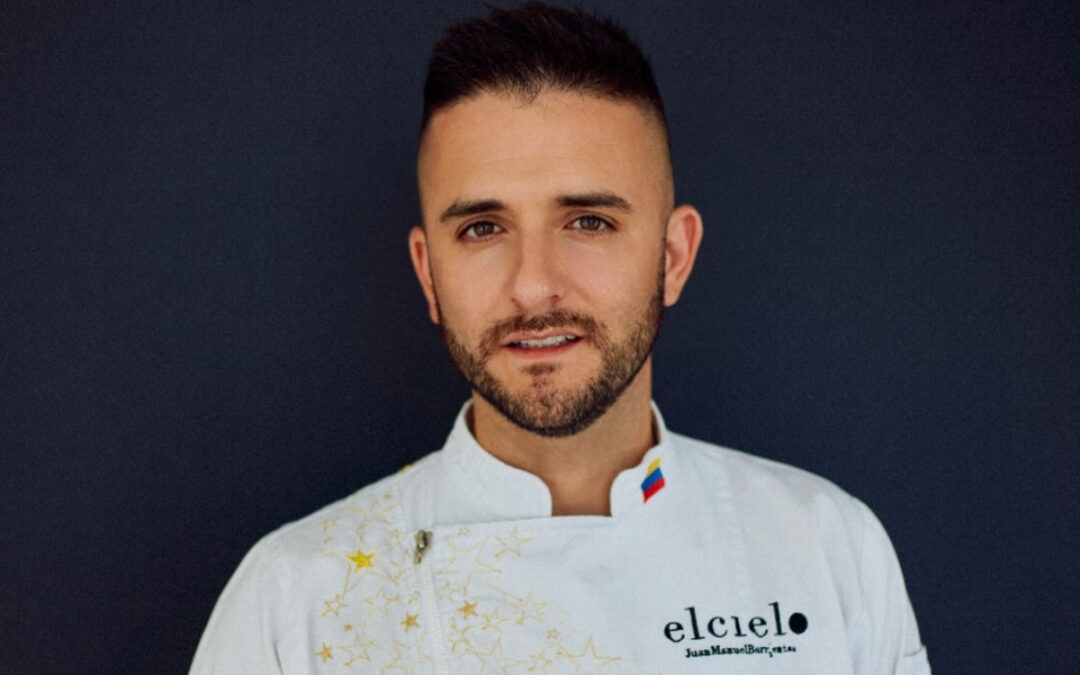 Marbella, August 25th, 2021: Colombian Chef, Juan Manuel Barrientos, will participate in the 9th edition of the Global Gift Gala that will take place this Thursday, August 26th. He will be honoured with the “Global Gift Philanthropist Award” for his humanitarian work. The famous chef and Michelin star, known in the gastronomic world as “Juanma”, was born in Medellín on June 16th, 1983. He is a father, cook, businessman, entrepreneur, lecturer, and leader for peace. He is the creator and founder of El Cielo Restaurants in Medellín, Bogotá, Miami, and Washington DC. Juanma started his career in 2005. Currently he runs a creative workshop in Medellín, a creativity laboratory, an-atelier under his direction where other chefs, designers and creatives from different disciplines create dishes, concepts, and experiences for El Cielo Hospitality Group.

In addition to his culinary and business endeavours, Juanma Barrientos created the El Cielo Foundation in 2008 with which he provides culinary training to ex-guerrillas, soldiers wounded in combat, indigenous people, and victims of violence. Seven Nobel Peace Prize winners help the

Chef in this endeavour within the El Cielo Foundation. The Global Gift Gala, Marbella, has not only trusted chef Juanma to be the creator of the first course at the gala dinner, but will also partner with the chef in the Art & Hope project, which unites art, solidarity, and business for the benefit of the most vulnerable.

The Global Gift Foundation together with the Diputación de Málaga, The Malaga Provincial Council, in their common interest in the promotion and development of the province join forces in the Málaga de Moda project, “Original Talent”, through an agreement that thanks to the commitment of the Málaga Provincial Council with the development and promotion of the province’s fashion scene is expected to continue every year. Maria Bravo has declared “This agreement strengthens both public and private capacity for the promotion of talent; We are delighted to be able to join forces with the Malaga Provincial Council, which once again offers us the opportunity to work together”.

Tomorrow the 9th edition of “The Global Gift Gala Marbella” will take place at the Marbella Arena; It will feature multiple personalities from the world of art, finance, entertainment, and performances by international artists; a joint effort to provide a night full of surprises that will leave your guests breathless.