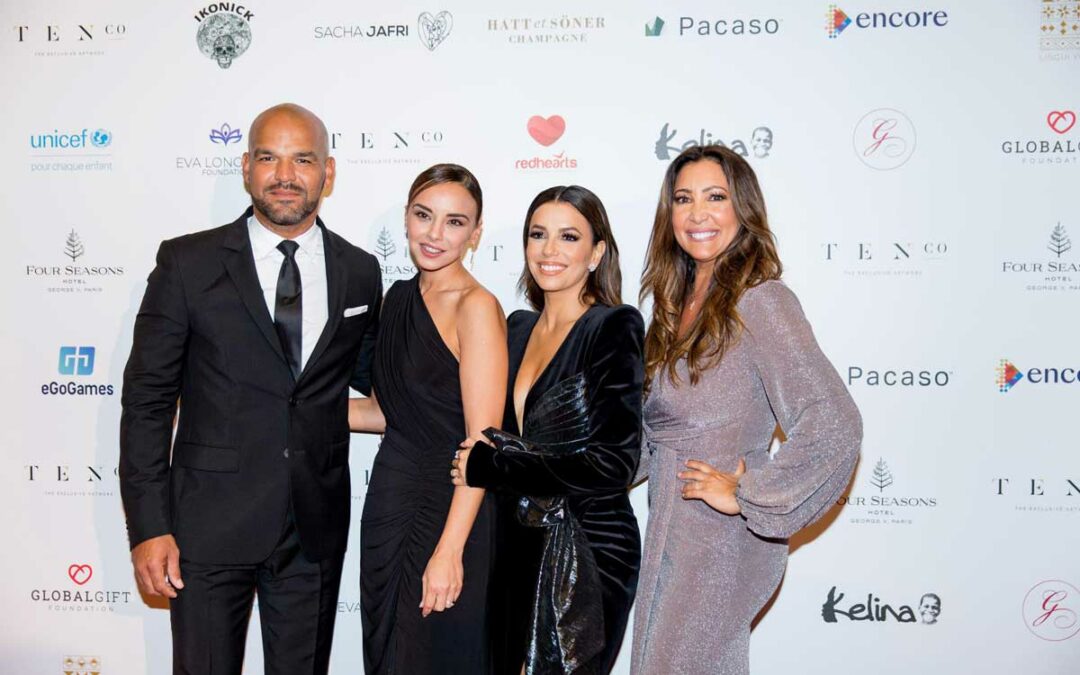 Marbella, 2nd November 2021: the 10th edition of “The Global Gift Gala Paris” took place on Saturday, 30th October, at the French capital’s Four Seasons Hotel George V. After a year and a half without the most awaited gala in Paris, Maria Bravo, creator of the foundation and its events, was accompanied by the godmother of honour, Hollywood actress, director and activist, Eva Longoria Baston, actor and singer Gary Dourdan, British actress Amy Jackson, and singer and music figure in France, Gims, as well as singer Chenoa, who starred in one of the highlights of the evening, when she was honoured with the “Global Gift Women Empowerment Award”. French singer Anne Sila performed a breathtaking performance.

An excerpt from the opening speech of Maria Bravo, president and founder of The Global Gift Foundation:

“Solidarity has no borders and here we have the proof. Today we meet people from different parts of the world and with different backgrounds, but we are united by a common goal, which is social benefit. It is a great pleasure to see you all and it fills me with joy that despite difficulties and limitations none of us here present has the intention to leave aside those who need it most. Thank you all Global Gifters, today we are making the world a better place”.

“It has been more than 10 years since we started our philanthropic work in 2007. My only goal is to leave a better world for my child and when I think about the world he will live in, it scares me, it makes me anxious. Santi occupies all my heart, and we will continue to fight to give his generation the world they deserve”. 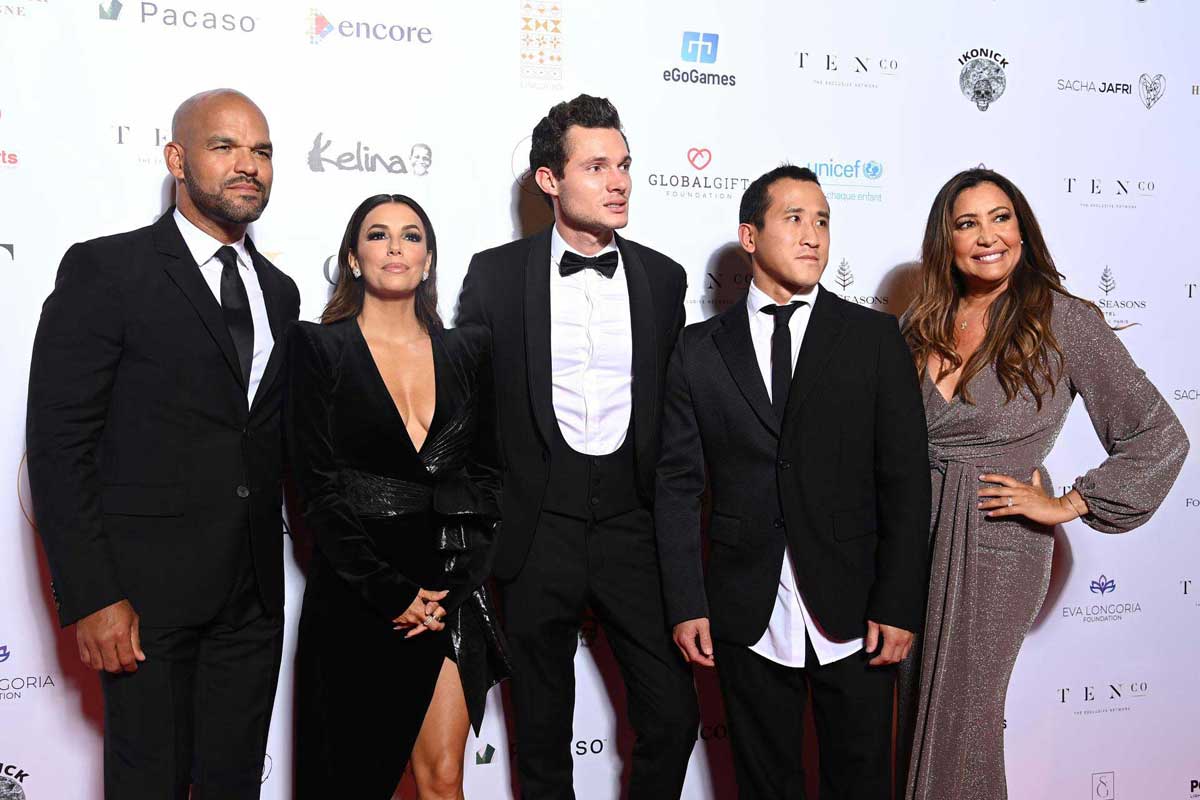 Florian Picasso, great-grandson of the artist Pablo Picasso, made an exceptional appearance at the gala during the auction of the painting by Cyril Kongo, an artist with whom he shares his love of art and childhood experience, both having been abandoned children in orphanages who were lucky enough to be adopted, in Florian Picasso’s case by the granddaughter of the painter Pablo Picasso, Marina Picasso. Cyril Kongo’s painting fetched the price of €12,500.00 after Florian Picasso’s emotional speech about self-improvement, which brought the audience to his feet.

The singer Chenoa starred in one of the most shining moments of the evening. The presentation of the only award of the night, and the affection that both María and Eva have for her, made Chenoa shed her first tears at the speech that María Bravo gave in her honor.

“You made me cry, María… I feel honoured and grateful for this award that I am receiving from these two women fighters, María and Eva. Thank you for this gift, for the opportunity to be here today, and for the work you do to help so many children, women, and families. Thank you!” Chenoa said, visibly excited.

The Global Gift Women Empowerment Award is given to inspiring women who make a difference in the lives of many people through their social responsibility, their work, and their professional fulfilment. 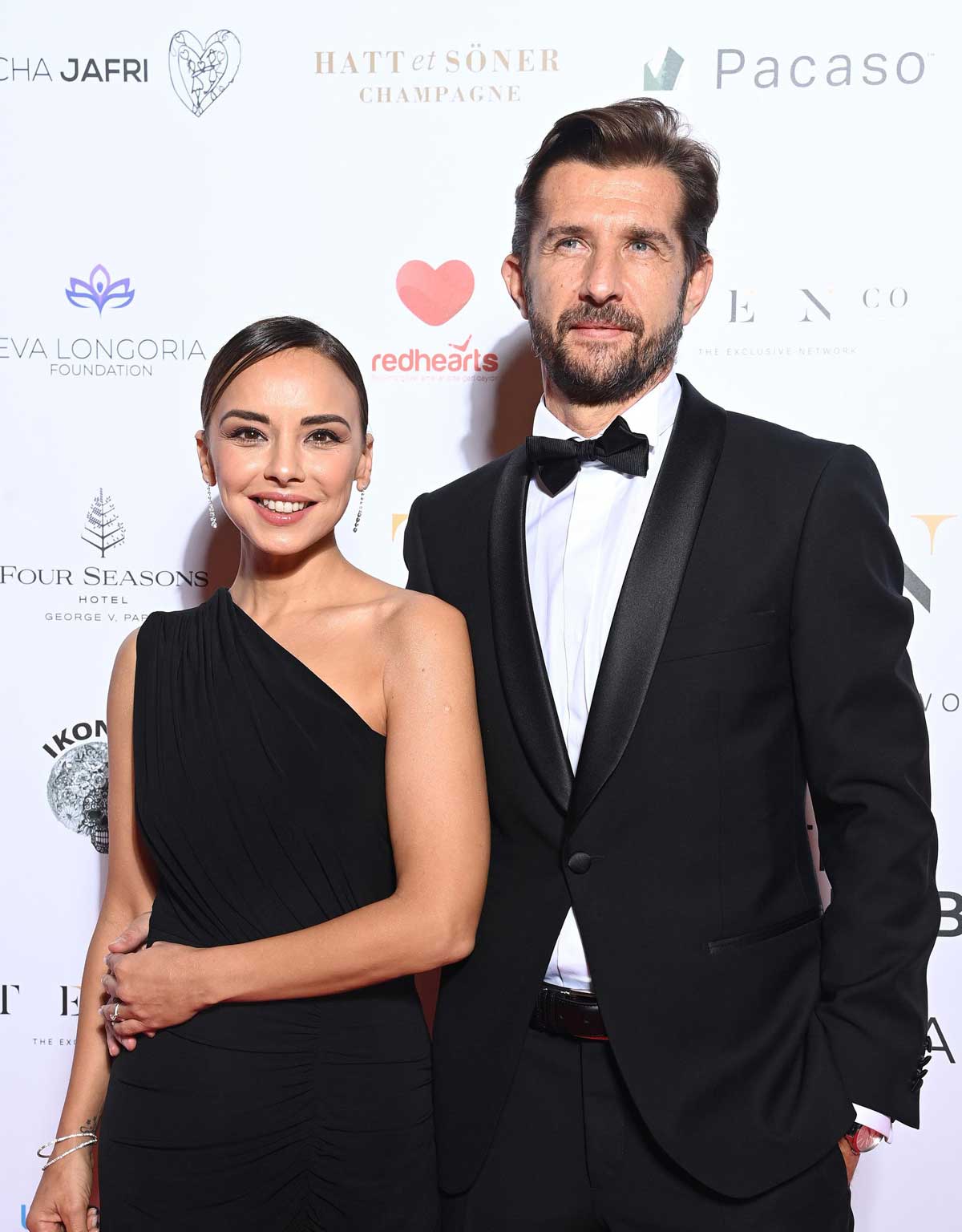 Alejandro Agag, CEO and Founder of Extreme-E is responsible for bringing environmental awareness to the world of motorsport by organizing this great race of high-performance electric cars to the hardest hit corners of the globe.

In his fight to raise awareness about caring for the planet, he has now gone one step further and has also taken Extreme-E to the world of eSports, also being a pioneer in creating with eGoGames the first official mobile video game for high-performance electric SUV racing.

For his commitment, for his innovation, for his vision, for always knowing how to be ahead of the rest and for taking Extreme-E competition to mobile video games, Alejandro Agag receives today this Global Gift eGoGames Award. 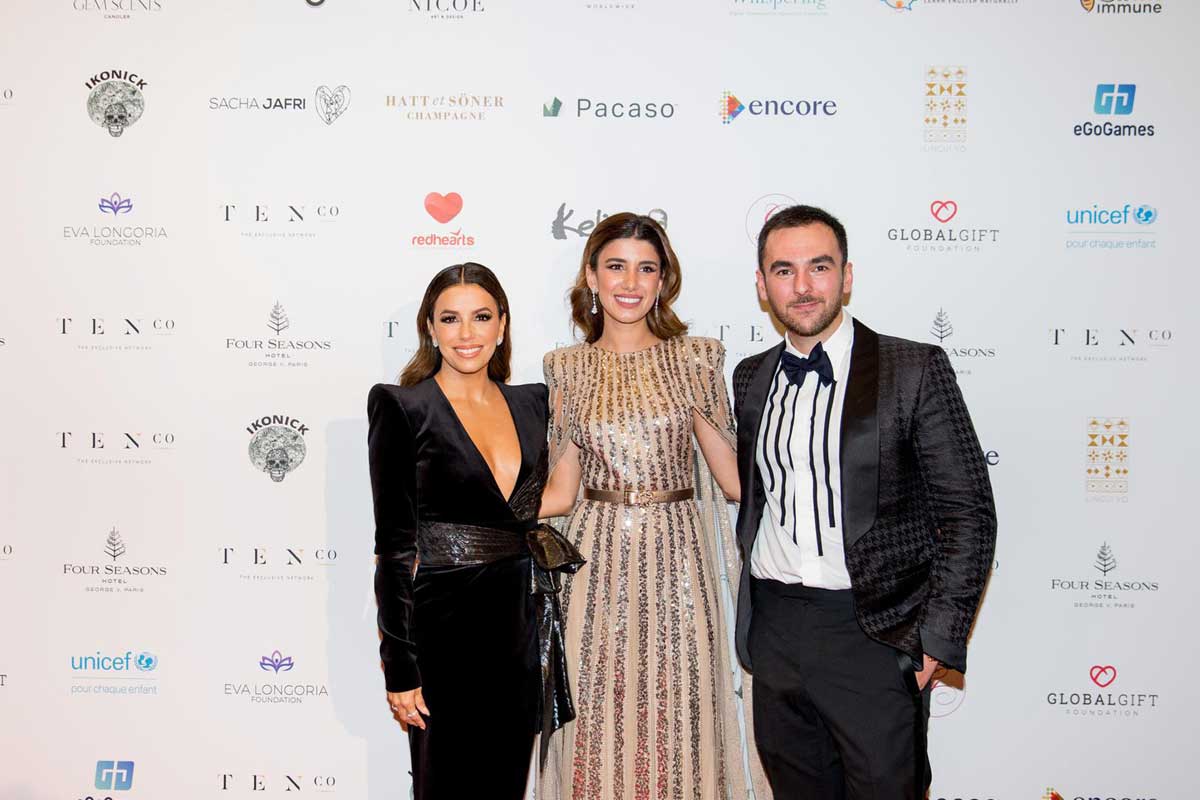 “The exclusive Swiss Private Membership Club TENco, founded on the principles of personal fulfilment and development of its members, has partnered with the Global Gift Foundation to join forces and create positive change at this 10th edition of Paris’ most anticipated charity gala resulting in a successful fundraising event for the humanitarian projects of The Eva Longoria Foundation, UNICEF France, and the Red Hearts and Global Gift Foundations.

In the words of its president, Tural Mammadov:

“It was such as pleasure collaborating with the Global Gift Foundation for this year’s TENco Gala in Paris! It was a wonderful evening in which we were so pleased to join forces in benefiting families and children in need. We look forward to many more collaborations in the future. We are happy to announce we are also planning to set up our own TENco Foundation in 2022. Stay tuned!”

EGoGames, Power8 and Pacaso, part of Global Gift Foundation as sponsors, did not miss the event. The commitment of these brands to the work of the foundation transcends borders and offers its support and shelter as always in favour of those who need it most.

Cause marketing is defined as a type of corporate social responsibility (CSR) in which a company’s promotional campaign has the dual purpose of increasing profitability and improving society. Without these sponsors, The Global Gift Gala would not be possible, so TENco and the Four Seasons Hotel George V are the major sponsors of the gala in Paris, this year, in addition, Cause Marketing is joined by eGoGames, the leading eSports platform in Europe, Power8, the light energy drink and Pacaso, which is the Real Estate platform that helps people to buy and co-own luxury second homes in markets like Aspen, Miami, Los Angeles or Marbella. 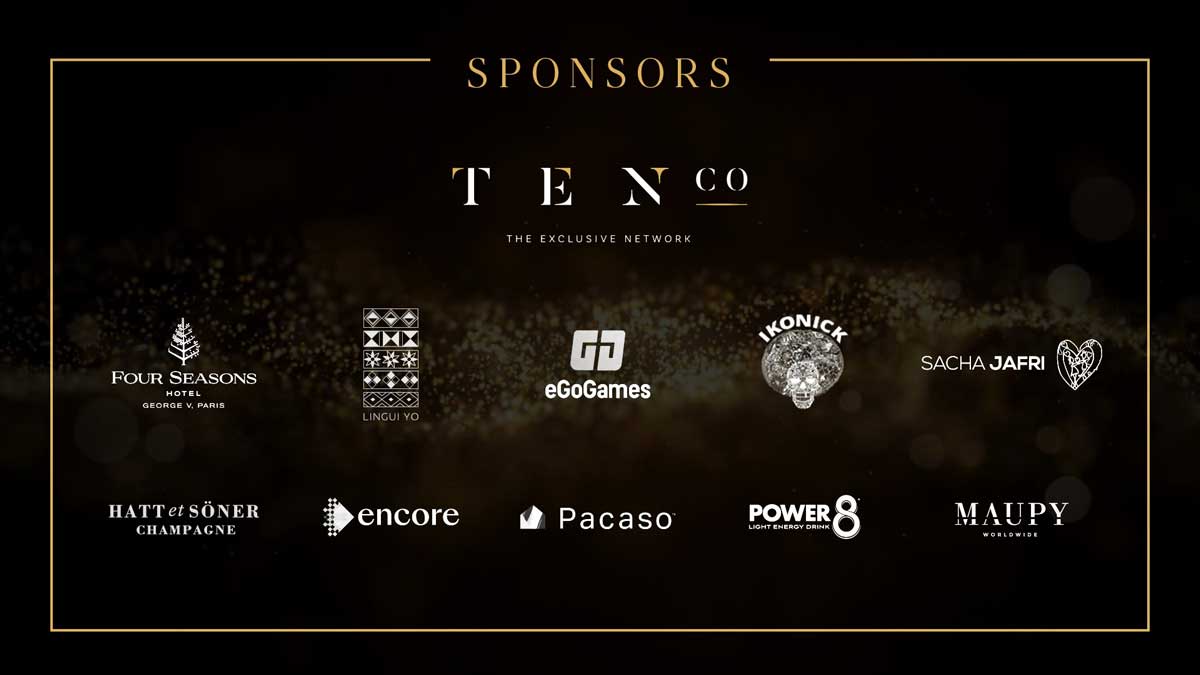 Alongside TENco, other important sponsors such as Maupy Worldwide, Hatt et Söner, Ikonick, Sacha Jafri, Lingui Yo and Encore have also participated. 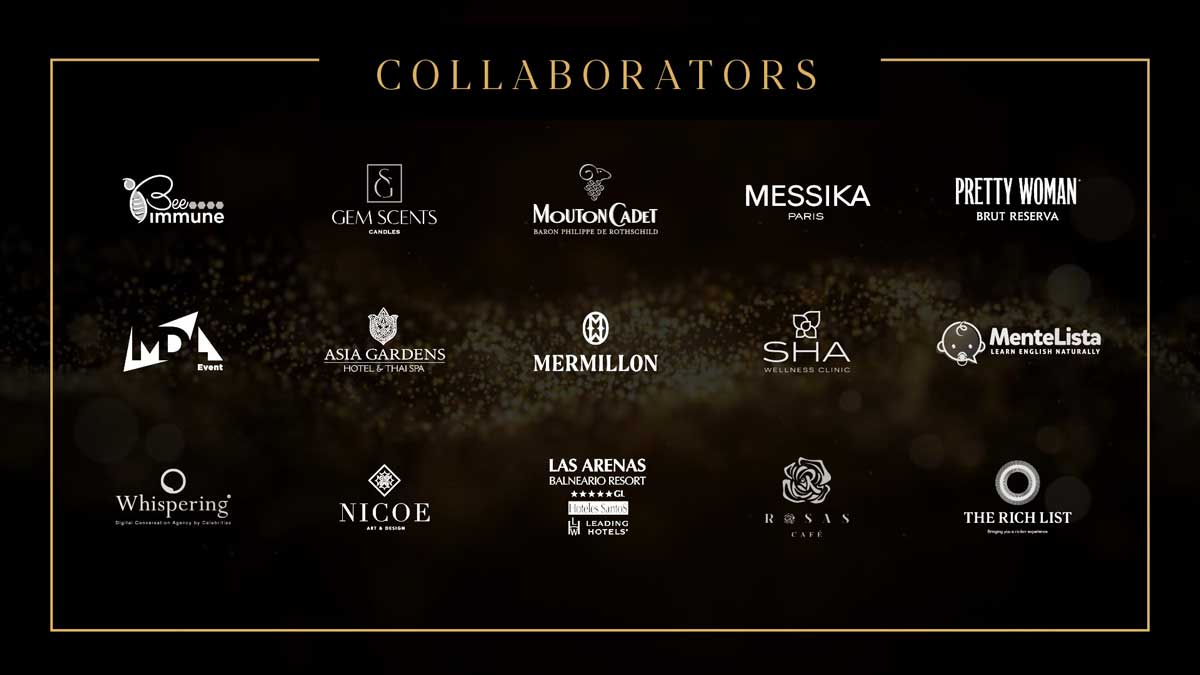 The  Global Gift Foundation creates a positive change in the development, well-being, health and social inclusion of the most vulnerable. The Foundation helps provide shelter, food, clothing, education, medical care, and other survival needs for groups at risk of social exclusion. The Foundation supports the empowerment of women and advocates for gender equality, education and professional development. The Global Gift Foundation also supports other nonprofit and fiscally responsible associations and organizations in need of help around the world.

Casa Ángeles  is the first day center for children with special needs that the foundation has implemented in Marbella.