María Bravo, Together with The Award-Winning Gary Dourdan, Made a Call For Solidarity at The IV Global Gift Gala Madrid 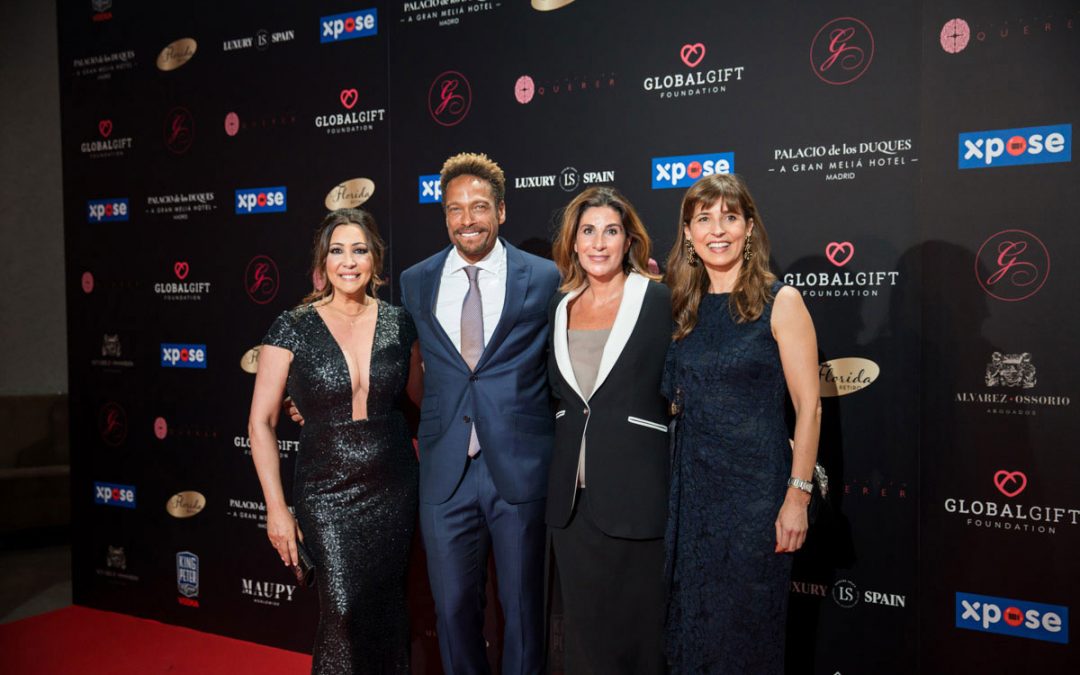 Madrid, May 8, 2019. The IV Global Gift Gala Madrid was held at the emblematic Florida Retiro, a historic venue in the heart of Retiro Park. Founder & chair of the Global Gift events, María Bravo, hosted the evening, bringing together culture and philanthropy in a night full of emotion turning Madrid into the capital of solidarity for the fourth year running.

María Bravo thanked the selfless collaboration of all those who participated in one way or another with the Global Gift Foundation, because `you are the true architects of this being a reality today. We started twelve years ago with a grain of sand, and today we are a great family. I want to especially thank Xpose, our official sponsor for all Global Gift Foundation events throughout the world throughout this year 2019; thanks to Alvarez-Ossorio, for being here with us today; the team of the Gran Meliá Hotel Palacio de los Duques; thanks to Florida Retiro, for welcoming us; to Luxury Spain and its president, who is also here today with us, my dear friend Beatriz de Orleans.”

During the gala, presented by the magnificent Álex O’Dogherty and the actresses Lorena Bernal and Alicia Lobo, the foundation presented two Global Gift awards, awards that honor the social commitment acquired by personalities and entities with the most disadvantaged groups.

The first winner of the night was Lola Manterola, creator of the CRIS Research Foundation against Cancer, who received the Global Gift Humanitarian Award, from María Bravo, Marta Hazas and Patricia Santamaria.

After an emotional video, Lola ended her speech saying that `science is the most lethal weapon against cancer. When I was diagnosed with the disease, I was lucky enough to be part of a clinical trial thanks to which I am now here. I feel that I represent all cancer patients who need special treatment and we fight because they all have the same opportunity that I had; because the research can save you.

The second award of the night went to the American actor and ambassador of the foundation for over a year, Gary Dourdan, who received the Global Gift Philantrophist Award, for his work over the years in favour of projects that help the lives of children and women around the world, focusing on hospital support and education, such as the Heart Fund, an organization led by Dr. David Luu, which offers state-of-the-art surgical

aid to children in countries such as India, Haiti and Ivory Coast, with which Gary is involved since 2011.

For the past 5 years, Gary has also supported Children of Africa, a foundation in the Ivory Coast that aims to provide medical care and education, by actively participating in fundraising to build a Children’s Hospital in Abidjan, inaugurated in 2018, as well as the work done for the Global Gift Foundation during the last year with a long-term commitment, in a non-profit action for the benefit of Casa Global Gift.

Gary Dourdan, who arrived in Madrid with his daughter, dedicated the award to his father, who said that `he was an extremely generous person and my inspiration. Tomorrow, I will not be here, but it will be my children, your children, who will continue to fight to help the needy, to make this wonderful family that is Global Gift Foundation keep growing. 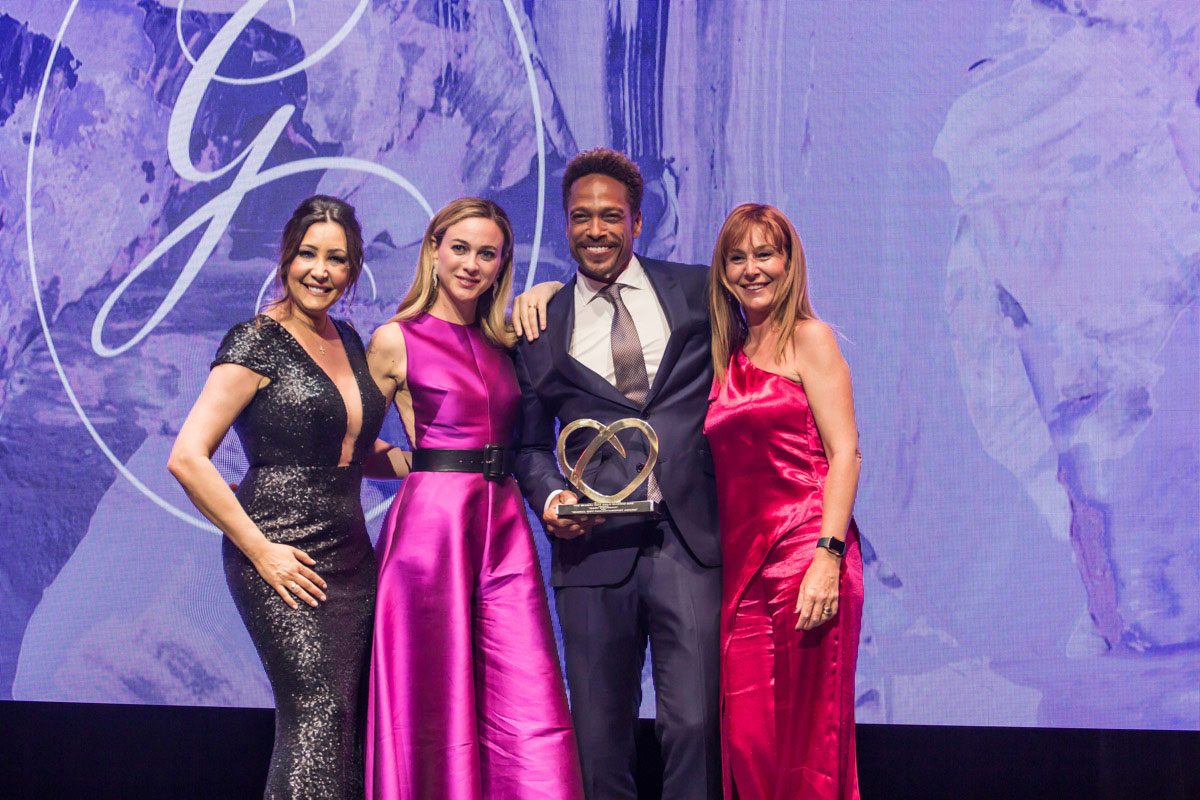 The funds raised at the gala will be allocated to the Querer Foundation and the Global Gift Foundation.

Pilar García de la Granja, founder of Querer, continues immersed in one of her major projects, El Cole de Celia and Pepe, with which she seeks to combine education, research, dissemination and new therapies at the service of children with special needs derived from rare and chronic diseases. Part of the funds raised will go to this ambitious project of the journalist who opened six months ago.

María Bravo was very excited and grateful to all attendees for being able to allocate part of the funds raised to the Global Gift House in Marbella, the Foundation’s flagship project, which offers specialized support and material adapted to children who suffer from chronic & rare diseases, as well as helping their family environment.

The official opening of the house is scheduled for July, coinciding with the VIII Global Gift Marbella Philanthropic Weekend, which will be attended by Honorary Chair, Eva Longoria. Together with María and Eva, there will be the children and parents of the five charities that are part of the Home, as well as the sponsors who have made it possible for the house to become a reality.

As Maria said, `This year is special, because we will open our center for children with special needs, and we will do so with the presence of our Honorary Chair, my dear friend Eva Longoria. It has been five years of bureaucratic struggle, search of funds and the celebration of many galas to make this project a reality, but finally, we have achieved it. Whenever I talk about Casa Global Gift I come to tears, just thinking about all the obstacles we have overcome. I want to dedicate it to my mother, Angeles. In the beginning, the house was going to be called this way, Casa Angeles, in honour of it, but finally we thought that it would be better if the center had the name of the Foundation.’

About the Querer Foundation

The Querer Foundation was born with the objective of unifying Scientific Research, Research in Training and Education and the development of new Technologies placed at the service of the group of children who suffer TEL and their families, hoping to be able to develop to the maximum Their intellectual abilities and can be effectively integrated into a truly inclusive and non-discriminatory society. We want to support scientific research through #BrainOn on neurological diseases as serious as those derived from autism spectrum disorders, epilepsy, Landau Kleffner’s syndrome, Asperger’s syndrome, refractory epilepsy, aphasia, hyperactivity and deficit Of serious attention, the Language Disorder. All without cure.

Global Gift Foundation is a non-profit charity whose goal is to create positive changes in development, wellness, health care and social inclusion of the most vulnerable. The Foundation helps provide shelter, food, clothing, education, medical care and other vital needs to vulnerable groups, particularly children and women in need.